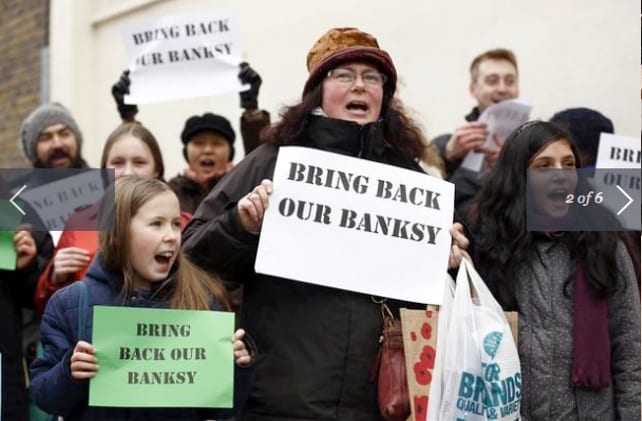 The controversial removal of Banksy’s street arts, “Slave Labour” in February and “No Ball Games” in July 2013, from the walls of North London, was followed by a public outcry attracting the attentions of the major media outlets. By comprehensively exploring notions of culture and creativity in the city, the field of urban studies offers a constructive framework able to shed light on these events. After a theoretical overview of creative cities and city branding, this research will sharpen its focus to “Banksy Slave Labour” case as an example of how the contentious debate surrounding street art can be understood within the notion of urban marketing and creativity. Thus, a research question is posed: “how are tensions underlying practices of street art represented in the British online media coverage of ‘Banksy Slave Labour’ case study?” To answer this question, a visual semiotic and discourse analysis is applied to four videos and one slideshow from British National and local online newspapers. The denotative and then connotative/discourse investigation of the data collected leads to the following results. First, there is confusion in both terminology and legality of urban street art and graffiti practices. Second, the media representation suggests that the councils and the local residents do not consider street art as a tool for city branding but as a form of art embedded in the every day life and the identity of the artists and communities. I conclude by suggesting that additional paths of investigation on the role of street art in urban environments could shed further light on the tensions underlying this practice and potentially indicate viable solutions. Such research, I argue, is the conditio sine qua non to the delineation of urban policies that could foster a mutually satisfying environment for street art and policy makers.