Practice as Presence – Presence as Practice: Building a Framework for Collective Understanding of Contemporary Graffiti-Making Practices 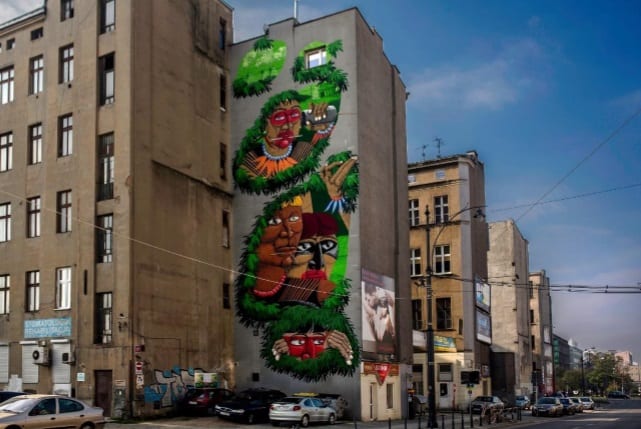 In times when graffiti is recognised as a global phenomenon rooted in urban public spaces it is important that authorities, researchers, audiences and graffitists themselves understand collectively the mechanisms that drive graffiti-making practices and the role such practices play. The term graffiti and the newer term Street Art are vague and are not used consistently, even amongst researchers from the same disciplines. Similarly, there is a lack of shared understanding of what the function of graffiti-making is and subsequently a confusion of how to deal with it. This dissertation focuses on building a framework within which the plethora of contemporary graffiti-making practices can be understood collectively. It adopts grounded theory as a research strategy, relates graffiti-making practices to the concept of presence and situates them in the context of urban environments, which are seen as spaces of mediation. Therefore, Heideggerian and Gibsonian understandings of presence and Asef Bayat’s theory of non-movements, which place emphasis on action as a response to social and physical contexts, constituted the core theoretical framework. Data collection was carried out through review of textual sources, interviews, observations and collection of visual data in the physical urban environment, online and in printed material. For practical reasons it was limited to three parts of the world, however the effort was made to include socially, economically, and culturally distinct parts of the world and covered Western Countries, Arabic Countries and Latin America. Graffiti was examined in relation to the context in which it was created. Positions of different actors involved in graffitimaking were identified in relation to their environment (user/moderator roles), providing insights into relationships between these actors.

The ﬁndings show that graffiti is practised by individuals and groups representing very diverse social and cultural backgrounds, however they tend to be in some way marginalised in the context of their environments. It was determined that there is no shared ideology representing all types of graffiti-making practices, however they respond to the context of environment. As such they are place and time specific, and with progressive globalisation display high levels of hybridisation. It is proposed to consider graffiti not as an end in itself but rather as a tool adopted by a variety of individuals and social groups, who collectively constitute a passive network of graffitimakers, to establish and mediate their presence in response to contemporary urban environments.