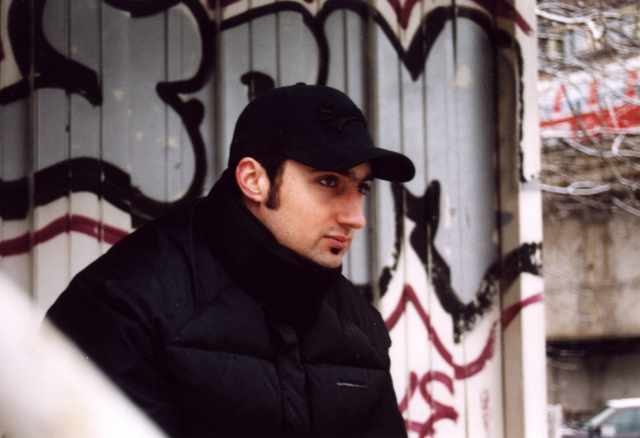 Could you first of all give us a little introduction on who you are, since when, which releases etc.
– I’m Pillah-K from Tuttlingen, Southern Germany. I recorded my first tracks in 1994 with a synthesizer, a guitar and some headphones, but I’m seriously making music since 1997. I released my first Album “Marionetten” in 2002 on Springstoff. This year I will release another album.

Could you describe your kind of Hip Hop music briefly?
– I just rap and sing over my own beats. I don’t use samples from some classics or jazz tunes, it’s all played by myself with a synthesizer. I don’t want to be put in a category or something. I’m not really Hiphop because I dont paint, I’m not a DJ, I’m not a B-boy, I just make music. I am Pillah-K the musician, nothing more.

A lot of artists over here in the Netherlands are influenced by Hip Hop from the US, is that the same in your case? (if no, who else?, if yes, who?)
– It’s different here. We have a very big rapscene in Germany, so many people listen to it. It’s also because it’s easier to understand the lyrics. There are many good artists, but my music is also influenced by rap from the US, especially from the West and the South.

Do you think that you will also be able to do your thing successfully across your own borders?
– Off course. My lyrics are in German but if the sound, the melodies, the voices, the flows.. if the MUSIC is good enough, people will like it everywhere.

You’ve already done some collaborations with the Dutch rapper DRS. How did you hook up with him?
– Yeah, he wrote me an email because he liked some of my tracks. He found it on a German mp3-platform. After a few phone calls he visited me and we practised about 1 week for a performance in Switzerland. We had a funny time with much beer and tequila! We are still good friends and meet when we have some free days. If it wasn’t so far from here to Drachten (near Groningen) where he lives, we would be the best crew on earth, I tell you!

Which is ‘the place to be’ for Hip Hop heads going on holiday in Germany?
– I think you will find some good places in Berlin, Hamburg, Stuttgart, Frankfurt, Munich, Cologne. There’s a scene in every bigger city. The places to be for German rap fans are for example the Splash festival in Chemnitz and the Hiphop Open in Stuttgart. I think it’s similar to Planet Rock in Holland.

What is the state of Hip Hop in Germany? And which other acts do we certainly have to look out for?
– How said, the rap scene in Germany is very big. There are many different styles, very much good and wack shit. Maybe it’s a kind of taste but you really should watch out for Springstoff (www.springstoff.de) from Berlin. It’s a platform for good painters and artists of every kind of music, especially rap. Also very advisable is to check out Beatzforpeace (www.beatzforpeace.de). An organisation that makes some performances to help poor people in Bosnia. It’s growing up, believe me. Beatzforpeace will release my 2nd album, coming up in this year. You really got to look out for this hehe! Also check www.chrizzfx.de, the webpage of my partner Chrizzow-Flex that released his album a few weeks ago. Dope shit! Also check www.roh-lexx.de.

Where and when can we see you perform shortly?
– I’m very busy with finishing my album at the moment, but I will start to perform again in may everywhere in Germany with my partner Chrizzow-Flex, my girlfriend Sora and Lelle MC.