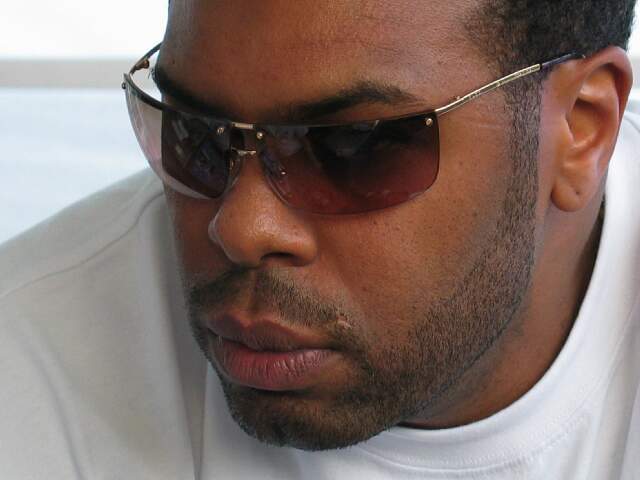 The performances are great, it’s a great celebration going on here and I’m just happy to be a part of it.

We saw you in Amsterdam on the Islander festival, where the music sucked, but you still stood strong. Is it hard to do your show without Pete Rock?

No not really, It depends on how you look at it. I approach it as a professional and I’m still gonna give it a 100% with or without Pete Rock for me it really doesn’t matter because I’m CL Smooth.

So we can expect solo work from you soon?

Sure. We have the new single from Pete Rock’s new album; ‘Love Thing’. Which is a very big record, not to be slept on. Right now I’m promoting it. It also has a b-side called ‘Appreciate’, which is about the positive things, and about what CL means to the game and to Pete Rock and to the music business period. It is also an insight look on CL Smooth and to see where I will go with the album.

Will there ever be a new Pete Rock and CL Smooth album?

Well I was hoping you know, with all the touring in Europe, that Pete Rock would turn around. He has a lot on his plate, and I’m not like that. I want to focus on one project and make that successful, Pete Rock is not like that. People need to understand that Pete Rock is a complete other individual. I’m now out here to promote the records that I’ve done with him, by myself, so I can show people how good I am myself and how precious it would be to see Pete Rock and CL Smooth on the same stage too.

Is that the main reason Pete Rock isn’t here?

I think so. I think he has mixed feelings about which direction he wants to go in, and we all do. But right now I don’t think I should fake that I don’t know. I do know where I want to go and what I want to do. I sat back while Pete Rock produced other records for a long time. So with my current enthusiasm I just want to go create new genres and new levels. Pete Rock will be Pete Rock but I don’t have to be with him all the time, do I?

Do you have an idea about which producers you want to work with now?

Yes, you hear many producers now that pay homage to me. The Mike Lones, the Kayne West’s, the Snoop Dogg’s, They call me out and give me an opportunity to work with them and I feel that CL should give the fans an opportunity to hear his level on some other music. A lot of people are afraid they lose that classic stuff, but you can never lose that classic stuff. I currently have the enthusiasm to get back and I’m gonna get what I’m supposed to get and start a whole new era.

So, is there a chance we’re gonna see you on MTV?

Oh yeah, MTV together with BET (Black Entertainment Television) has a platform for me to grow on, as opposed to yesterday where my exposure was limited I’m now able to have an unlimited exposure.

You mentioned a new era. What can we expect from the new era?

My new era will be making music with other people. For me it’s cotton dry. I’ll get a new producer which could be someone off the block or someone that has the familiarity of Pete Rock. Someone that has the soul, the funk and all the stuff I like. I don’t have to lose that. I’m all about learning and I’ll just get another trainer at this point.

Can we expect featurings of other mc’s on your new album?

You can expect great legendary artists like Snoop Dogg on TV. Asking; CL where you at? I want to make a record with you! I didn’t tell him to read this, but he understands and respects that I’m from the real part of it.

You stood on the side line for a while, did you learn and grow as an MC during that time?

Yeah you can write about a lot of other things. A lot of producers don’t know the things I write about and I can learn them. They don’t walk the blocks I walk and they didn’t have the teachers I had. I also tried to rebuild myself during this time and tried to find out how to maintain this lifestyle and figure myself out. I get to pimp it anyway I want it. Everybody deserves a ho. I think what made me a man was decision making. I decided to just go to the studio and give it to Pete Rock and make him reminisce. Without the lyrics it’s just the music you know.

I see you have a Zombi Squad CD, are you interested in doing any collaborations with Dutch artists?

I’m into anything that can promote my album. I’ll do it if there is a market to promote that and to distribute that. I’m not going to do that just because we’re friends or something. But I definitely won’t sleep on this album.

Do you have a message for new MC’s?

What’s your opinion on new MC’s? Do they have enough respect?

Some do and some don’t. Like sports. Some guys have respect on and off the court but it doesn’t stop them from performing or growing. Unless they’re really ignorant and they don’t care about their sport. To each his own you know. All my fellow soldiers died in the war; the Tupacs, the Biggies, the Big L’s, the Big Puns, the Scott La Rock’s. The official first record that really is about the power of life and death is T.R.O.Y. so I contributed to that. I made my mark there and it’s up to them to step over it. But I got respect for all the new mc’s, because they’re opening doors. They’re doing something that I wasn’t doing. But I have to come get mine now.

Which MC’s do you respect?

Do you have a final message for our readers?

It’s a pleasure to be here and I hope everybody to come out when they get a chance to see me.