“Beauty is in the Street”: The Evolution of Graffiti Practices in Melbourne, Australia.

Titel: “Beauty is in the Street.” The Evolution of Graffiti Practices in Melbourne, Australia.
Auteur: Amy Marr
Datum: 2015
Onderwijs: Master of Arts (MA), Art History At the University of Otago, Dunedin, New Zealand 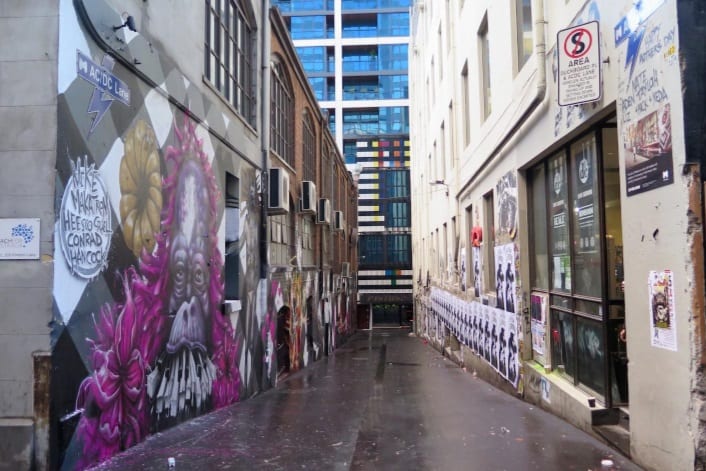 Graffiti has had a history as an illegal and unsanctioned presence in Melbourne,
Australia. It has propelled the city to the forefront of the international street art
movement as the graffiti capital of Australia and the Pacific, while being decreed both a
dangerous blight on the cityscape and an important part of the city’s urban culture. This
thesis examines these developments, asking how and why graffiti has been paradoxically received as both a form of crime and art by the Melbourne City Council and the Victorian State Government.
My thesis begins with a discussion of the symbolic nature of contemporary graffiti
practices in an international and historic context, looking primarily at the similarities and
differences between hip-hop style graffiti and street art, and the diverging responses to
these forms of graffiti. I argue that it is primarily the disruption graffiti practices represent in relation to urban social and visual order that has influenced and informed official responses to graffiti practices. Furthermore, the strong position taken by city authorities against graffiti internationally has effectively worked to enhance the disruptive and subversive nature of graffiti, imbuing it with a powerful and evocative presence in urban space.
Following this, I address the diverse history of graffiti in Melbourne and the
circumstances unique to Melbourne that have culminated in its international reputation
as a graffiti capital. I outline the policy and legislative actions undertaken by the
Melbourne City Council and the Victorian State Government in order to eradicate the
presence of graffiti in the city, arguing that until very recently, Melbourne’s reputation as
a city ripe for graffiti production was undesired and actively rebuffed by city authorities. I
also argue that these harsh measures were undertaken largely because of the pervasively negative cultural value of graffiti.
The final section of the thesis examines the authorised redefining of street art
(but not other forms of graffiti) as a positive presence in Melbourne through both the
pervasiveness of the ‘creative city’ model and the growing international popularity of
street art. Ultimately I argue that the appropriation of street art to bolster Melbourne’s
image as a creative and vibrant city has the potential to the reduce the disruptive nature of street art, as it transforms it from subversive symbol of disorder into a part of the city’s authorised and controlled urban visual culture.