A Tropic Understanding of Street Art as Political and Social Advocacy 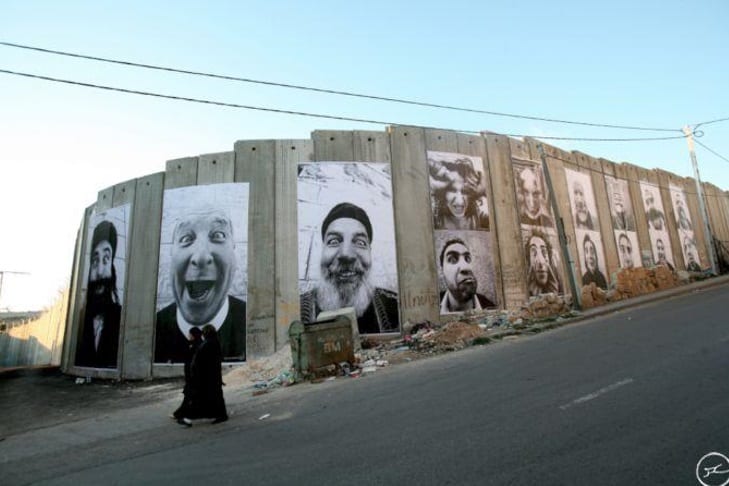 What began in the streets of New York in the 1970’s has migrated across the world. Street art is often characterized by rhetoric of “resistance to corporate values and an implicit desire to subvert existing power structures” (Saunders, 2011). Graffiti and street art has been prevalent in the past few decades taking stances toward social and political adversity. Famously, Banksy has taken the streets creating clear “narratives of global ethics, of an unfair world that needs reform, by juxtaposing familiar icons of western capitalism with icons of western imperialism (Brasset, 2009,
p.232). Similarly to cartoons (Moss, 2007), there lacks discussion about how persuasive arguments within street art work. An essential tenet of street art is the reclamation of public space “for the people,” a goal with clear roots in social and political activism (Saunders, 2011). With the ability to be an activist medium, street art is a visual display that presents a message that is often simultaneously revealing and concealing information, in this way it can work rhetorically.
Additionally, it is evident that street art that is politically or socially charged often isn’t neutral often taking sides or making a stance against the “other”. When assigning meaning, Moss (2007) explains, “Persuaders often rely on binary choices” like judgments of good and evil and she continues to say, “persuasion therefor becomes the ability to persuade an individual in a positive or negative direction” (241). Is it possible, then, for a message to be rhetorically neutral? Street art that uses neutrality can be powerful in creating a dialogue that offers a new perspective on perspectives.

This analysis will focus on how one street artist took the challenge of creating a display on the West Bank Wall that divides Palestine and Israel. This display is rhetorically interesting in the purposeful choices of location, content, context, and the medium used that evidently elicits a retrospective response from viewers. The placement and location provide a canvas, and the people that inhabit these places provide the context. The use of the wall is meaningful in the context of the situation and location that allows the photographs to elicit thought and reflection. Placing images in politically tense locations makes a provocative statement. The placement and arrangement of the portraits shows the creators’ ambition to create public art that would not be ignored.

Read / download: A Tropic Understanding of Street Art as Political and Social Advo